10 Wealthiest Beggars in the World

Beggary is a word that is inferior to its nature. Its usage always represents a negative connotation. It is in the aura of the term to take it as a bad word. But some people in the World had made it a profession.  They are earning more than anyone’s expectations and become the wealthiest beggars in the World — the people we see on the roads with a bowl in their hands.  The women holding infants in their lap, and who show some injury on their body are all professional beggars. They had suppressed those who need someone’s help but can’t get it due to these master beggars. Every person has a soft corner in his heart when such people come across a person who feels pity for them and gives them money, considering them to be hungry or in need of something.

But wait! The person you feel sorry for might be affluent than your expectations. Shocked? I could understand because not everyone knows the real side of a person in front. And especially of those who dramatize and present that so well. Some of these trained people are so rich that they got famous for their way of earning. These are much richer than 40% of educated individuals. The article will unveil the top 10 wealthiest beggars who are rich but are the beggars.

Bharat Jain, an Indian beggar, is not only the wealthiest beggar in his native place Mumbai but also the most popular beggar in the World. He started his career in begging in his childhood and is still a beggar by profession in his 50s. Jain often has seen soliciting in the neighbouring region of Mumbai, Azad Maidan, and Chhatrapati. 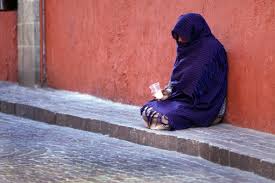 Through his begging, he made his property of two 1 BHK apartments worth 80 lakhs. Not only this, but Jain is also earning 10,000 monthly as rent from his shop. If we view the salary of Jain, then it is more than some white-collard salary earners, i.e., 75000 per month. He lives in his private apartment with his father, wife, brother, and two sons

Another one from the Asian subcontinent, India, Krishna is 2nd on the most abundant beggar’s list. He begs in the area of CP Tank near Charni road in Mumbai. Gite earns 2000/-day, and this amount is more than of the job holder per day salary. His monthly income is 45000/- per month. He, through begging, has brought his apartment worth five lakh rupees these days.

One more from India, this female beggar is from Patna near Ashok Cinemas. Most beggars in the World live on roads being homeless, but this lady lives in her own house. She begs in trains, and her profession made her the owner of the property of the value of 10 lakhs. That is not all; she has also made arrangements for the future; she pays premium insurance of 36000 annually. 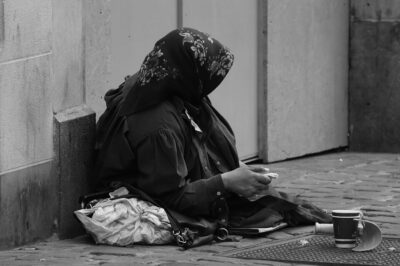 Fourth from the Indian state is Sambhaji kale, who owns two houses, one land in Solapur and a flat in Virar. He lives in that flat with his family and besides possessing the property, also had an outstanding bank balance. He earns 1000 bucks per day and one of the wealthiest beggars in the World. 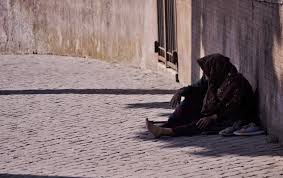 Initially, Ted was a beggar and earned a living by begging on the roads of Ohio. This US-based beggar was destitute. He had a good voice, and a reporter noticed his hidden Talent of singing and recorded his video. After uploading the video on youtube, it went viral in no time. 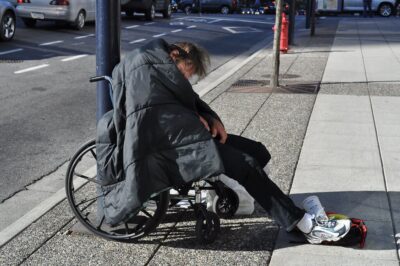 Ted became famous overnight, and the wheel of luck of his life took a whirl, and he became a millionaire and a YouTube singing artist. He was on the list of wealthiest beggars but knew he is known as a singer.

Rongfend is an individual of China who was immensely pure at the start. He used to sleep on the streets. His luck worked, and he met a lady in a noodle shop who helped him with his food and fares. By the time he started his business and became rich enough to pay the lady back her favour. He paid her $163,000 as a thank you gesture 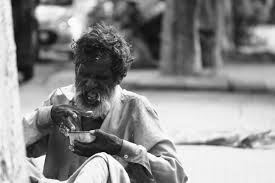 Simon is a beggar from the place where begging is a ban. He has his career in Anti-Social-Behaviour-Order (ASBO). The restriction of the area did not stop him from his profession, and Simon earned a lot of money from it. He makes earning of 4166 Euros per month, making him one of the wealthiest beggars in the World. Simon gets 50,000 pounds per annum from the donations of an unco. Not only this, but one more impressive thing about him is that he lives in a Fulham flat worth 300,000 pounds.

A 100-year-old woman from Saudi Arabia, Eisha, is on the list of the top 10 wealthiest beggars. She died sometime back. The unveiling of her assets took place after her death. She had left behind the assets worth millions of dollars. 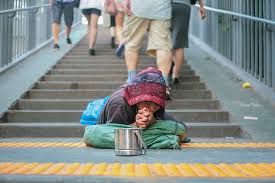 She owned four buildings, gold coins, and jewels that were above the worth of $1 million.

Unlike others, continuing a career as a beggar is not a thing for some people. They might have taken a start from there but ended it up with hard work. Corey is one of the examples. Based in New York, he started as a beggar, but after collecting enough money to start something new, he entered the work of newspapers. He earns $100 per day by selling the paper and not by begging.

The last on the list is a beggar from India, whose identity is still not revealed but is the owner of millions of bucks. He has several accounts in different banks. His total sum of the bank balance is 2 million Indian rupees making him the wealthiest beggar in India.
In conclusion, we can see that these beggars have more net worth than the people with so-called highly paid jobs. But we should not get inspired by some of them who still earns through begging. Ted Williams and Corey are examples that show no matter what the consequences are, one day you’ll stand up due to your Talent. Talent is never a waste; it can make your personality.

Ten business you can start today with just $300

Arnold Schwarzenegger Biography - the life of former governor of America